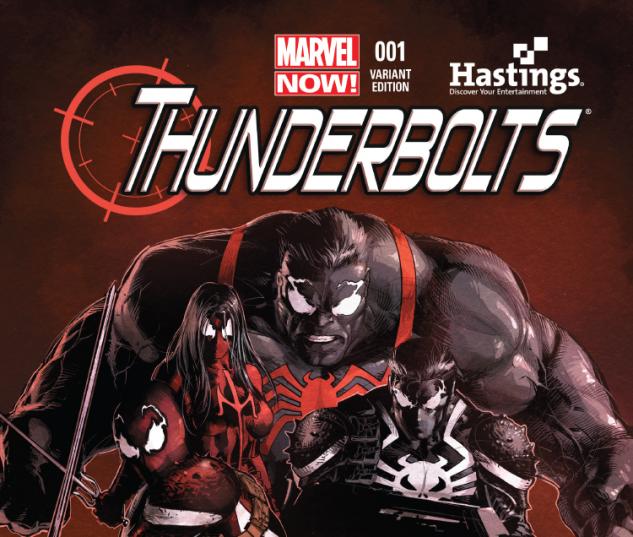 Full disclosure, I tend to be very protective of the Thunderbolts brand. When I first discovered the title (back during Nicieza and Bagley's run), it was one of those game changer books for me. The kind of title that had I not read it when I did, I may have taken a brief (or perhaps not so brief) hiatus from comics. As a result I'm always a little wary of the book straying too far from it's original conceit (helloooo Fightbolts) even though part of the book's appeal has always been drastic, and unexpected change. I went in with pretty low expectations, but after a couple reads I've concluded that the early critical word on this book was a bit more harsh than was deserved. Not to say that it was great, but it was definitely better than I expected it to be.

As is the case with most team book #1s, this is a "get the band together" issue. Way uses General Ross's recruitment pitch to Frank Castle as a framing device for the issue and the other interactions. While the other recruitments only last a page or two at most, the reader can surmise that the scenes roughly followed the exchange between Ross and Castle. While it is smart of Way to give his readers some inferential credit and not bang them over the head with the same scene over and over again, the device doesn't exactly work, because if every single character joined this team for the exact same reason, this isn't going to be the most exciting group dynamic. This is a bunch of characters who are traditionally loners and I feel like each sale would need to be slightly more tailored for Ross to get them to sign on the dotted line. Perhaps future issues will give us a more detailed explanation for why the others joined up.

Steve Dillon handles the art chores here and there is just something disturbingly comfortable about the way he renders the cold intensity of the Punisher. The action sequences are detailed with a level of blood splattery gore that is not for the squeamish, but perfectly fitting of a title starring Punisher, Elektra, and Deadpool. My major problem with the art was the way Dillon depicts the Red Hulk. Something about the character's proportions just look awkward and unbalanced, almost as if we're watching a Hulk that hasn't had enough to eat and might be experimenting with Meth. Oh, and Elektra's comically oversized breasts. Really?

This book isn't exactly my cup of tea, but if you like anti-heroes, it might be yours. Yes, there are definitely some kinks to be worked out, but this is certainly a decent debut issue. I just wish they'd explain why it needed to be called Thunderbolts other than mildly amusing wordplay on the starring character's first name.