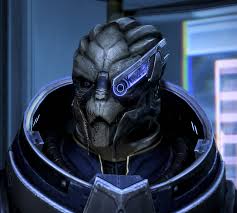 Video games are a phenomenal resource when stuck indoors during storms. While many on the east coast suffered heavy losses during Superstorm Sandy that should in no way be undercut in seriousness, several others only had to deal with the boredom that comes with waiting out a storm inside. Any game usually suffices to pass the time, but there are few games with characters that more than make up for your lack of social interaction during this time. Whether they possess deep knowledge for emergency-preparedness, unending humor to lighten the mood, or just happen to be the bro-iest of all bros, these are the Top 10 2012 characters of gaming you'll want with you when a hurricane hits.

Without uttering a single word the entire game, The Traveler from Journey wiggled its way into fan's hearts with bountiful emotion that's hard to find even in characters that speak. The minimalist nature of the game showcased the power of expression as the Traveler journeyed over plains, deserts, and mountains ranges towards its inevitable destination. No one knew why it was making its journey, and frankly, no one cared, because that wasn't the point of the game. Players did, however, care for the plight of the character, as the hardships the Traveler endured could be seen directly on its face. The Traveler lands at number 10 on this list because he probably plays a mean game of Charades, and when all's said and done, he'll be completely silent as you try to sleep your way through the storm.

As sassy as she is brilliant, Cortana was the AI with the heart (and let's be honest, figure) to get any player through the Halo 4 experience. She's undergoing "rampancy", which is a condition for older AIs in which they slowly lose their sanity by thinking themselves to death. Funnily enough, this condition makes Cortana the most personable and relatable character in the story. No one else in Halo 4 provides the range of emotion and morally philosophical postulation that Cortana does, and it is this ideal that makes her the perfect companion to be stuck indoors with. Is she going insane? Yes, but it's that struggle to retain her sanity that should keep you more than occupied until the storm blows over. Heck, what you'll accomplish in those few hours will be heaps more than anyone else in Halo 4 did for her.

Everyone in Far Cry 3 was voice-acted and motion captured to bring out the realism of the characters. Michael Mando is responsible for the character of Vaas, and well, to put it lightly, people are comparing the performance as a cross between Andy Serkis' Gollum and Heath Ledger's Joker. While that's a HUGE testament to the actor, it's an even bigger testament to the character portrayed, as Vaas is the biggest lunatic in an island filled with lunatics. And yet Vaas is so much more than that. He's got downright fascinating observations about humanity, and chooses to unleash those observations with energetic playfulness at times, and downright psychopathic sadistic-ness at others. Scenes like the pole dancing scene (in which he's REALLY, really good at pole dancing) show that the dude's got charm and charisma, and you can't help but like him, DESPITE the fact that he wants to kill you. So if you can get him properly restrained, Vaas Montenegro might end up being the most pleasant person you can spend time with cooped up in a house with nothing to do. If anything, I'm sure you'll get better at pole dancing.

Move over, Hit Girl"”there's a new tike in town that promises to bash your head in right after laying down insults that'd make the writers of Comedy Central's Roasts proud. Probably the most dangerous and psychopathic 13 year old gaming's ever seen, Tiny Tina more than proved her worth in Borderlands 2 with her schizophrenically ghetto speech patterns and self-proclaimed "machine-gun mood-swings". But underneath her infinite knowledge of explosives and hilarious tourettes ("NO SHAWTY! BURN ALL THE BABIES!!") lies a confused preteen girl just trying to find love"¦just kidding, no there isn't. What you see is what you get, and it's the reason why Tiny Tina would be great to have along during a Hurricane- no double speak, just oodles of truthful, energetically destructive bliss. When she suggests you blow up a few buildings filled to the rim with honkies to pass the time, she probably means it.

What happens when you combine Japan's technological intuition with France's absurd romanticism? Binary Domain takes on the question and answers it in the form of their loveable robot character Cain. Cain, the workhorse of Rust Crew, comes equipped with firepower, tow-cable wrists, jet pack feet, and a SEXY SCARF! He's also incredibly shallow, often opting to save female squadmates over males due to their "advantages in compatibility" (read: VAGINAS). Putting aside that he's sometimes prone to asthma attacks when he gets flustered by women, Cain is the ultimate wingman, as several times throughout the game he's capable of hooking up the main character with other characters in the story. While he's probably not down for practice make-out seshes, he'll be more than willing to give you a few pointers on how to pick up that illusive girl during your time indoors.

Handsome Jack is probably the most genuinely funny character to come out of gaming in a while. He's narcissistic, great at diffusing tense situations with absurdist humor, and has a pony named "Butt Stallion". His main appeal, though, is the fact that he thinks he is supposed to be the hero of Borderlands 2"¦when actually, he's the main antagonist. He is SO sure of it, in fact, that despite his war crimes, human rights violations, and attacks against the main character, you're still left to wonder whether or not he actually is the hero. So while you're not laughing at the oddball comment Handsome Jack makes about the choice in tapestry of your room, he'll force you to reconsider your own moral standards, as you sit there contemplating what's the appropriate amount of waiting time before ransacking the neighbor's for survival supplies.


A second little girl on this list?? Who wrote this, Dakota Fanning?? The reason why Clementine worked so well in Walking Dead was the fact that, well, she was just a little girl. A scared, little girl with no heroics in her body at all. She was cute, full of innocence, and terrified for her life. It was practically impossible not to throw yourself at every zombie imaginable to save Clementine for just a little while longer. And it's that courage-provoking aura that makes Clementine an easy sell for people-you-need-to-be-with-during-a-hurricane. Yes, storms are terrifying, but be strong for the cute little girl holding your hand. And for God's sake, drop that scared shrill of yours an octave or so. You sound like Dakota Fanning.

Ok, technically this game is a remake, and Jade's not a character from 2012. But this iteration of Jade proves the man's a riot to be around, due mostly to his sharp wit and downright cruel sarcasm. While he's not making you question every aspect of your life with his dry humor, he's being a goddamn great leader, with a calm attitude for just about every situation while quickly finding solutions to problems. He is a brilliant scientist with a dark militaristic past that gave him the edge necessary to make difficult decisions during times of crisis. All of this adds up to a man you want on your side during a hurricane. After all, why pillage your neighbors when Jade can point out all the things in your workout room you never use that you can convert into survival supplies?

Ohh sugar-- want a sweet apple pie with some warm milk to make you feel nice and cozy during this hurricane? Well if you haven't exactly been nice recently, DON'T EAT THAT APPLE PIE! This demented grandma tricked many eviler players in Dishonored into following her to their whalebone-stewy doom, and amazingly enough, the deception was done with pretty noble intentions. Granny Rags' act is to seem nice to abusive gentleman callers, then lure them into traps that ultimately leads to their demise. In a sense, she's the Robin Hood of good behavior; the older, much wrinklier Batman to Dunwall who's gadgets are unending kindness and baked goods. Add to the fact that she's blind, and has a rich backstory that explains why she does the things she does, and you've got a companion in a storm that's not only capable of making you tasty treats, but capable of calling you out on your bullshit behavior.

You don't know what a true "bro" is until you've met Garrus Vakarian. Arguably the best character in the trilogy, Garrus has stuck by Shepard since the very beginning, and hasn't left his side since. Not even a Suicide Mission could deter this guy from backing up his bro. When Garrus' not fighting Reapers, he's is inviting Shep to stand-up comedy sessions with Joker on the Normandy, or target practice on a few alcohol bottles on top of the Citadel. Garrus is such a close friend by the end of the trilogy that you actually tear up more at his goodbye THAN YOUR LOVE INTERESTS GOODBYE. And despite the fact that he can actually be killed in Mass Effect 2 before Mass Effect 3 even starts, Bioware went ahead and made Garrus alive in every playthrough should a player choose to start from Mass Effect 3. Add to the fact that Garrus actually had to hole up in 1 room on Omega for several weeks (so he clearly knows how to survive a hurricane and effectively kill time in 1 room), and you've got the greatest videogame companion of 2012 to be with when a hurricane hits.
Tags:
comments powered by Disqus

TOP OF THE FLAGPOLE