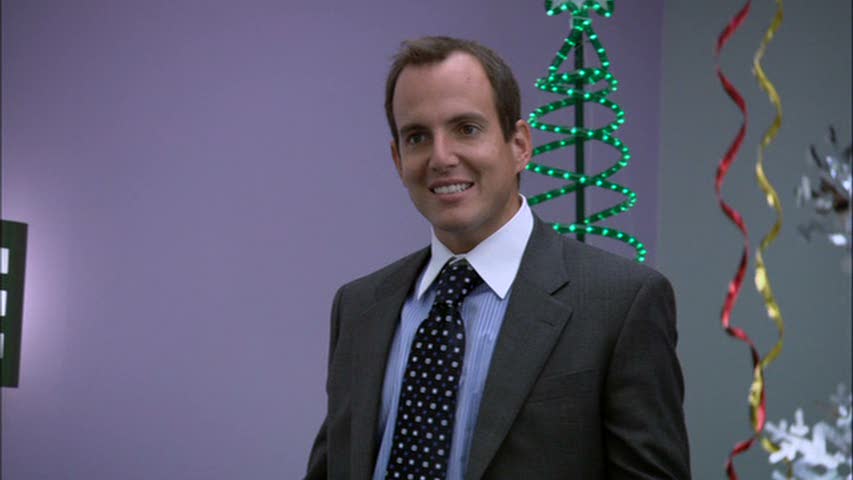 Arrested Development is the greatest sitcom in television history. It is dense, heavily serialized, and has an all-time great ensemble of comedic geniuses. It is also, for the most part, a show far more concerned with getting laughs than tugging at heart strings. The show would very often build its episodes to emotional moments, only to immediately undercut them with a joke ("That's a little cornball, son" being a classic example). So in theory, Arrested Development is not the best place to look for a great Christmas episode.

But then there's "Afternoon Delight," an example of the show at its best that includes not one, but two of its greatest set-pieces, both of which revolve around Christmas. Opening with the greatest foreshadowing the show ever did (if you don't know what I'm referring to, and have seen the whole show, go look at the banana stand as it is fished out of the water), the episode then gives us the classic office Christmas party (where Gob wears the increasingly expensive suit) and ends at the outdoor redux of said party, where Michael has to re-hire the entire staff after Gob angrily fires them, and where Lucille runs over Tobias in a weed-fueled stupor ("Who wants to go to the hospital?").

There is a lot going on in "Afternoon Delight" (it is, after all, an episode of Arrested Development), but ultimately, it all comes back to the idea of the Bluth family spending time together at Christmas. Of course, this is a Bluth family celebration, so it's no place for children.

Tomorrow on RTBN 25 Days of Christmas:

Rachel looks in on some all-time classic SNL Christmas skits, as we head into the home stretch.
Tags: Arrested Development
comments powered by Disqus