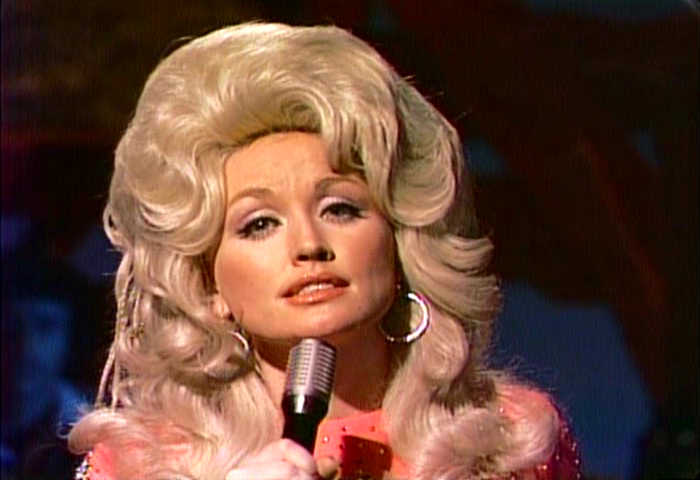 My Year in Lists: Volume II chronicles one blogger's masochistic return to the feature that got him hooked on sonics. This time around, the feature will focus on three genres that got short shrift during the original feature: country, hip hop, and jazz. All three are oft-dismissed genres this feature plans to grant a second chance at a first impression.

""¦it's a remarkably consistent album, in terms of songwriting and performances, but also remarkably diverse, revealing that Dolly can handle ballads, country-rockers, tearjerkers, and country-pop with equal aplomb."-Stehpen Thomas Erlewin, Allmusic

After last week's installment, which hit near-record lengths for this feature, it seems time to devote another week to the effort to keeping things short and sweet. I hope not to short-change any of the artists we are confronting this week (we've got three big ones, as per usual), but I do mean to keep the commentary tight. Here's hoping we get as much insight packed into a shorter space, but if you think I have failed on that score, just let me know. I aim to please, after all.

Dolly Parton is one of the titans of country music by any stretch, and 1971's Coat of Many Colors sees her at the top of her game. Parton has an immediately engaging voice, one that envelopes you immediately into whatever story she's telling. She has called the album's title track her favorite of her own compositions, and I can definitely see it. "Coat of Many Colors" is a classic story song about Parton's hard-scrabble youth and the winter coat her mother sewed her out of rags. It's a sweet, immediately endearing, catchy song with a nice moral about wealth being in the eye of the beholder and the power of love to triumph over poverty. In a lot of ways, "Coat of Many Colors" is a quintessential country song, but in the best possible way: it tells a story with a moral that would be pat if it wasn't so earnestly expressed, and it does so in a simple, straightforward, catchy way.

"Traveling Man" is a bit more of a rocker, a story about a love triangle between the titular gentleman, the singer, and her mother. I could make plenty of jokes about the song, but mostly, it just works"”the music diverges from the album's mostly straightforward sound into rock territory, Parton's voice delivers the lyrics in a combination of righteous anger and tongue-in-cheek fun, and the whole thing goes off pretty much without a hitch. If Coat of Many Colors does one thing well, it's the way the album trades in tropes and clichÃ©s without ever feeling overdone or unoriginal. Parton makes each truism feel fresh and personal, and her faculty with this makes the whole album feel worn-in like a well-used pair of jeans rather than like a parade of platitudes.

"The Way I See You," has an opening piano melody that the rest of the song doesn't exactly live up to, but that is good enough to carry the song and make it one of my favorites on the album, a sweet little love song that has a hint of melancholy at its core. The album's closing track, "A Better Place to Live," ends things on a high note, with another sweet message about the power of just loving each other and trying to do good in the world. That sums up Coat of Many Colors pretty well: it's an endearing little album with a huge heart, and it makes up for its lack of ambition by just nailing the execution. It's hard to say an unkind word about an album that's so openly well-meaning, even when it's singing a kiss-off to a mother who ran away with her daughter's man. The album isn't always great, but its failures are unassuming ones, and its heart is in the right place.

Dr. Dre presents something of a challenge for me, especially as he falls within one of my (completely arbitrary and self-imposed) shorter pieces. The Chronic is an album of contradictions, alternatively providing a showcase for gangsta rap at its best and worst. I have spent much of the last several weeks excoriating many of the thematic obsessions of the genre and focusing on lyrics over production, and I could easily write hundreds of words on The Chronic from that perspective. But Dr. Dre is a producer first and foremost, and it seems misguided to approach his seminal work from any angle other than the production. Looking at it from that perspective, The Chronic is uniformly stellar, creating and propagating the G-funk style and making a huge statement about West Coast rap's potential for experimentation, innovation, and its own creative triumphs. If we pause to consider the lyrics, we will find a swamp of violence, homophobia, and misogyny (delivered so casually, it can sometimes be hard to appreciate the serious skill Dre possesses as a rapper), but from a production perspective, The Chronic is a wall-to-wall triumph.

"Fuck Wit Dre Day (And Everybody' Celebratin')" is suffused with funk (to the point that when I discovered the central sample was the Funkadelics, I couldn't have been less surprised), but the beat's originality mostly acts as window-dressing to a fairly straightforward diss track. Dre (with help from Snoop Doggy Dogg, who used his frequent guest spots on this album to launch his own career) takes on N.W.A.'s Easy-E, East Coast rapper Tim Dog, and Ice Cube, and mostly uses to establish the street cred of Dre's new Death Row Records. The song is the also the origin of the term "bootylicious," though it had a much more negative connotation before Destiny's Child got their hands on it. "Let me Ride" became a massive hit after Dre won the Grammy for Best Rap Solo Performance. The song is built around samples of Parliament's "Mothership Connection (Star Child)," James Brown's "Funky Drummer" and Bill Withers' "Kissing My Love," and again, its all about the mood. If De La Soul and A Tribe Called Quest brought sonic variance to hip hop, Dr. Dre brought the idea of funk as an underpinning to hip hop to the mainstream, and in fact, the style became near omni-present in the years following this album's release.

"Nuthin' But a "˜G' Thang," was the album's defining single, and its not hard to see why. The song is incredibly catchy, with a smooth, sing-song vibe that carries throughout. The song is one of the most acclaimed hip hop songs of all time, making The Rock and Roll Hall of Fame's list of "500 songs that shaped Rock and Roll," and Rolling Stone's "500 Greatest Songs of All Time," in addition to being widely considered one of the greatest songs recorded in the "˜90s. It has the effortless feel of a tossed-off masterpiece, and displays Dre and Snoop at the top of their game. For all of the album's flaws, "Nuthin' But a "˜G' Thang," is quintessential hip hop, the iconic G-funk song and a strong argument for the subgenre's vitality and influence on hip hop as a whole.

The album closes with "Bitches Ain't Shit," which once again takes aim at Easy-E and stokes the Ruthless/Death Row feud much of The Chronic seems aimed at fanning. The diss tracks on the album are more mean-spirited (and homophobic) than a lot of the earlier, more light-hearted fare we have encountered, and they suffer in my mind as a result. They certainly display Dre's facility with words, and his quick wit, but they inspire fewer chuckles than their more clownish predecessors, and are worse as a result.

The Chronic is a triumph of production, and its no surprise that, for all of his ability as a rapper, Dr. Dre has spent more of his career behind the scenes as a producer. The beats and melodies that underpin the album are strong and unique, and Dre's decision to use fewer samples lets each shine and contribute its own vibe to the track. Rather than feeling over-crowded or inauthentic, Dre's samples feel like the artist is channeling kindred spirits, trying to tune into a collective sound and use it to further his own expression.

Julian Edwin "Cannonball" Adderley was one of the premier jazz alto saxophonists of jazz's hard bop era in the 1950's and "˜60s, who released Somethin' Else on Blue Note Records in 1958. The album is remembered in large part for the prominent contributions of Miles Davis, who rarely recorded on Blue Note.

The album opens with "Autumn Leaves," an eleven minute standard that often serves as beginners introductions to jazz harmony and standard chord progressions. Adderley's version is quietly confident, and smoothly mournful; the piece is inherently simple, and leaves plenty of room for the performers to display their mastery of the form. The result is a lived-in performance that could only be carried off by legends in their prime. Adderley's version of Cole Porter's "Love for Sale," takes plenty of discursive liberties with the central melody, adding a danceable beat under the song's tragic melody, and capturing the mood of the song while adding layers of sonic depth and emotional resonance to the piece.

"Dancing in the Dark" is another standard that feels completely original as rendered by Adderley, whose version is a downbeat mood piece of surprising depth and resonance. Again, Adderley takes a well known composition and makes it fully his own; he never loses the central melody, and yet dresses it up and suffuses it so thoroughly with his style, it stands out as something wholly original, even though it has been recorded and re-recorded dozens of times.

Dolly Parton, Dr. Dre, and Cannonball Adderley are all responsible for making huge contributions to their respective genres, but perhaps the most impressive thing about each is how capably they make their material their own. Dolly Parton works with the most elemental tropes of country, yet wraps them in her winning combination of optimism and heart to the point that even the most cynical of detractors is forced to soften. Dr. Dre plays with the diss track and the clichÃ©s of gangster rap until they seem completely unique, and his production sense is so powerful, it single-handedly overtook the hip hop genre for years after he released The Chronic, and the album has made him one of the most sought after and revered producers in any genre over the past two decades. Cannonball Adderley recorded an album of standards that were inherently well-known, but made sure that, in his hands, they sounded like Somethin' Else. Each made the genre, even at its most mainstream and obvious, into their own, and each created something unique and nearly primal. These three got at the heart of their genres and made the center shine like new again.

Next Week on My Year in Lists: Volume II:

For various reasons, including scheduling and low-readership, My Year in Lists: Volume II is going on indefinite hiatus. Ask loudly, and it shall return