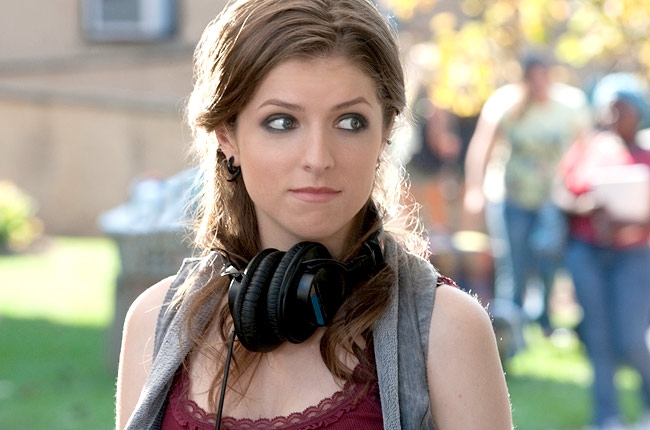 There's nothing in Pitch Perfect that you haven't seen about 500 times before. It's a Bring It On-style combination of underdog sports film and putting on a show story, as well as being a romantic comedy, a coming of age tale, and a college comedy. This could very easily have been a 90-minute pile-up of cliches and tropes. Yet the combination of great performances (most particularly by Anna Kendrick, Brittany Snow, and Rebel Wilson, though the whole cast acquits themselves well), smart writing and dashes of absurdism turns this into a movie that's winning almost in spite of itself.

Pitch Perfect is completely charming, so much so that it disarmed all of my preconceived notions and managed to keep me on its side even when I was seconds from rolling my eyes at the whole thing. It wisely sidelines several plotlines that would have sunk a lesser film (the troubled father-daughter relationship and a love triangle are feinted at enough that we can guess how they'll play out and then mostly left alone), and turns every acapella performance into a showstopper without resorting to any gimmicks or auto-tuning (Glee could learn a lot of lessons from the staging of the musical numbers here). The film is triumphant in its underdog tale, smart and wryly funny in the way it develops its relationships, and full of numbers that would be show-stoppers if they didn't flow within the story so well. Basically, Pitch Perfect is a movie that shouldn't work and completely does, through sheer force of will, guts, and charm. Its no cinematic masterpiece, but its a much better movie than it has any right to be, and well worth its runtime for anyone who is remotely interested in any facet of it.