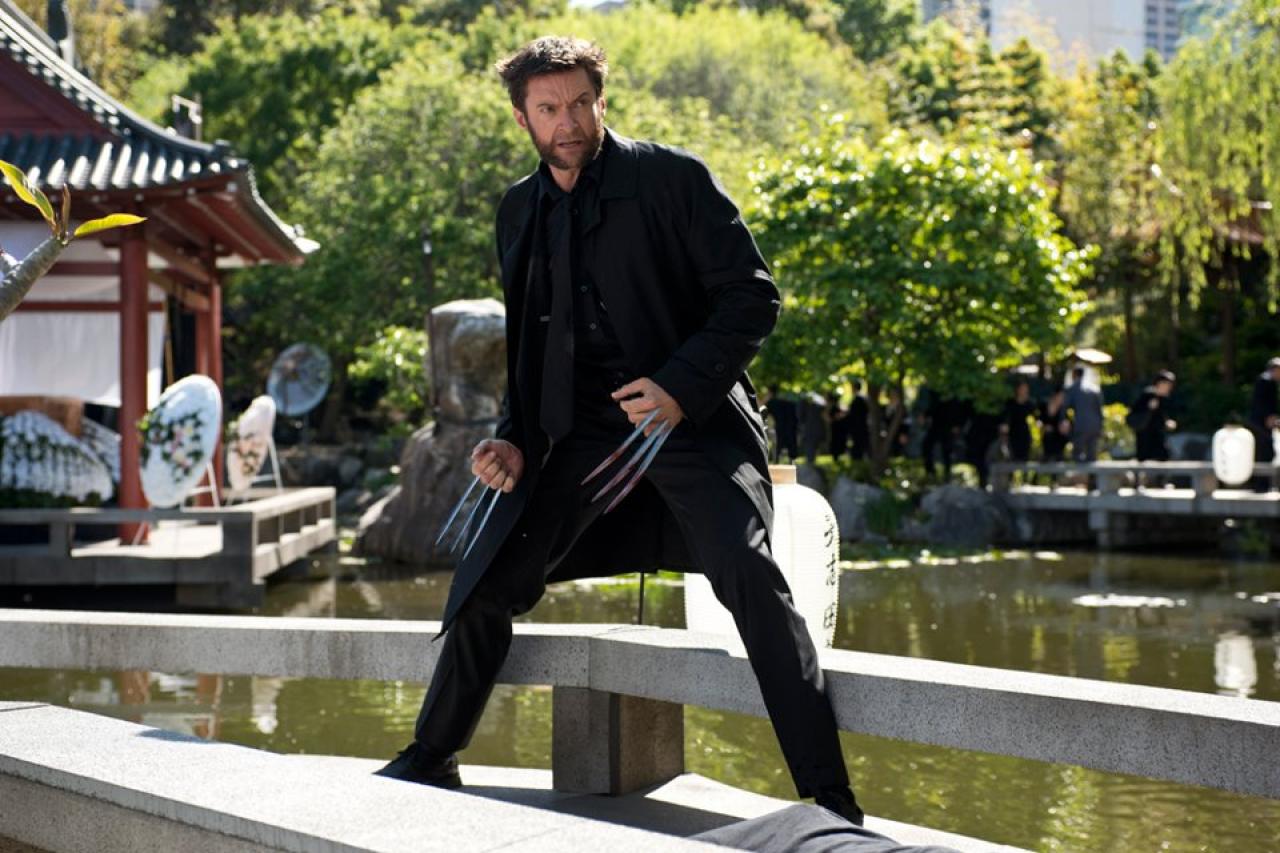 At one point in The Wolverine, the titular warrior looks, via X-ray, at his own heart, still improbably beating decades after he should be dead. While a lot of the film seems to focus on that organ, on bringing the ageless "ronin without a master" back to emotional life, this installment has a completely different organ its predecessor, X-Men Origins: Wolverine lacked: a brain. Treating Logan as more than just a pair of claws and a questionable hairdo, the movie dares to at least pose some serious existential questions about the search for meaning in a life that stretches on interminably, and whether immortality would be more a gift or a curse. The answers it comes up with are unsurprising and fairly banal, but there's credit to be given for effort here, and that, at least, is a step in the right direction.

The film follows Logan (Hugh Jackman) as he travels to Tokyo to bid farewell to Ichiro Yashida (Haruhiko Yamanouchi), a man he saved from dying in the nuclear detonation at Nagasaki. Logan quickly finds himself entangled in a family drama, protecting Yashida's granddaughter Mariko (Tao Okamoto) from various threats with the help of her surrogate sister, the warrior Yukio (Rila Fukushima).

Plenty of what follows pleases, especially in terms of set-pieces. Little here is strikingly new (a sequence in which Wolverine does battle atop a bullet train in particular feels a tad warmed over, though still propulsive enough to be exciting), but the film embraces both the fighting styles of the various threats, from samurai to ninjas to other mutants, and its atmosphere well enough to stand out in a summer full of somber, workmanlike superhero flicks. Jackman's Wolverine is a tortured soul, and the film acknowledges his hardships without ever letting them take away from its sense of fun. Much of The Wolverine is structured as a sort of parable, an elemental tale of its hero rediscovering his purpose, which lets a lot of its "been there, done that" moments get by on a sense of purposefulness. When Logan storms a fortress to rescue Mariko, it is very deliberately a damsel-in-distress and knight in shining armor moment, and it might be eye-roll inducing if there weren't enough ninjas around to keep you focused on the screen.

The movie truly suffers from its lack of compelling villain. Its thematic concerns are fairly shallow, but interesting enough, and the makings of a great Wolverine story (the script is loosely based off a 1982 miniseries written by comics titans Chris Claremont and Frank Miller). What it lacks is a worthy counterpoint to Logan's restless searching. For most of its runtime, the chief antagonist is Viper (Svetlana Khodchenkova), a mutant with an immunity to toxins and also, apparently, a strong resistance to developing a personality. She smirks a lot, as if she is doing anything remotely clever, and the closest she gets to any sort of shading is when she flatly describes herself as "a nihilist, a capitalist, a mutation." Only the latter of those traits makes anything like an impression, and even that is due more to CGI than to Khodchenkova's work here.

The Wolverine isn't the best blockbuster of 2013, but its far from the worst. The film smartly uses its Japanese setting and that nation's culture to color what is otherwise a fairly standard action story, but oh, what color it grants: Ninjas, katanas, samurai, dark fortresses and inky koi ponds litter the film, and each is well-utilized to color in around the various stabbings. Jackman is as compelling as ever, and Fukushima is great fun as a different sort of bad ass with her own emotional baggage. This is a stand-alone tale, with few ties to the larger X-Men franchise (outside of Famke Janssen, who haunts the film as a memory of Jean Grey, and a few fun cameos in a post-credit sequence), but it gains some resonance by telling a tightly focused story that reinvigorates its hero while reminding audiences why we loved the character to begin with. Wolverine is the best there is, and while the same can't be said for The Wolverine, it gets closer than you might expect, and has a lot of fun on the way.