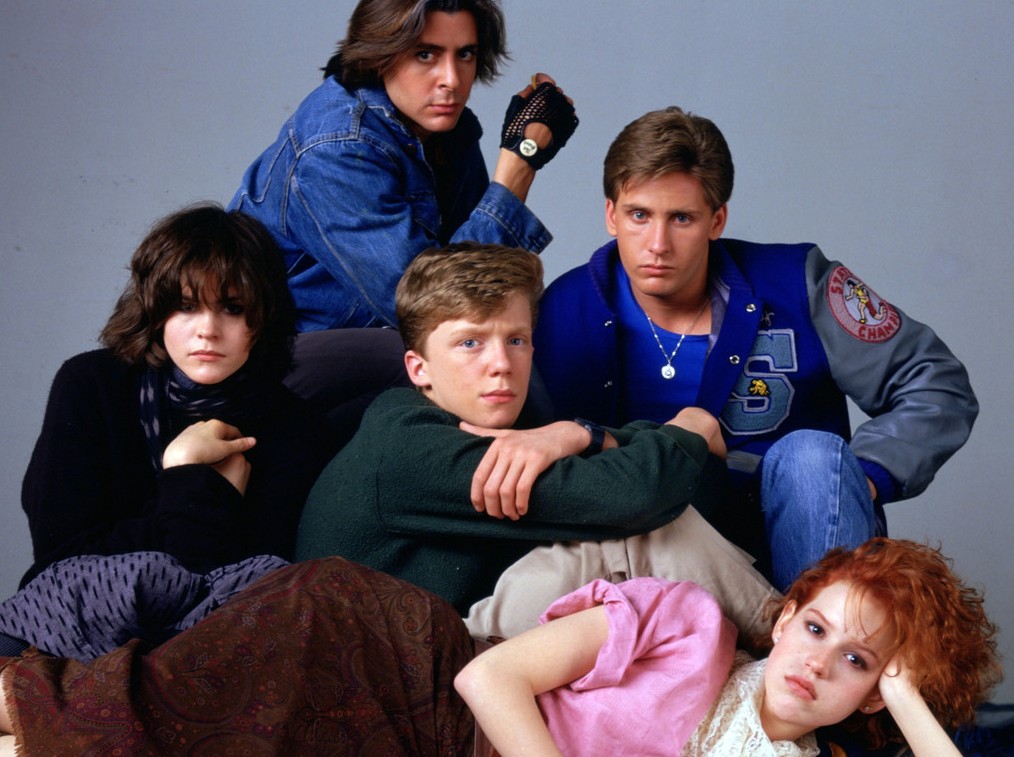 Inspired by this summer’s onslaught of films about children confronting adult situations (The Kings of Summer, The Way Way Back, The Spectacular Now) this week’s “Instant Gratification” plumbs the depths of Netflix Instant’s catalogue for explorations of filmic growing pains.

The classic story of five high school students thrown together for a Saturday detention, bonding over teenage traumas, dance montages, and a joint hatred of their warden, Assistant Principal Richard Vernon (Paul Gleeson). You’ve probably already seen it, but if you need to be reminded that each of us is probably a basket case, a jock, a brain, or a criminal at heart (and that no matter what we do, others will treat us as such) and have this reminder set to one of the best soundtracks of all time, John Hughes has got your number. With fantastic performances from Molly Ringwald, Judd Nelson, Ally Sheedy, Emilio Estevez, and Anthony Michael Hall, this one is a no-brainer.

School Ties is one of those films that gives an impressive walk up to the track—judging by the pedigree of the cast alone, this one seems like a shoo-in with Matt Damon, Chris O’Donnell, Ben Affleck, and Brendan Fraser all in their early ‘90s heyday—but can’t follow through with the distance. Not only is it difficult to believe all these youngsters are supposed to be in prep school (not a one among them was younger than 20 at the time) but the writing (by Dick Wolf, he of Law & Order fame), which follows David Greene (Fraser) as he is recruited to play football for the prestigious school’s team all while hiding his Jewish heritage from the 1950’s post-war bigotry surrounding him, is…not subtle (At all) about what point it is trying to make. There is so much talent here, and a genuinely compelling story, but it is told with so little complexity, in either the characters or its approach to its subject matter, that this one will definitely end by pulling up short of its potential.

Another film with a solid pedigree, this one is held back by a severe datedness and an overwhelming use of voiceover. This is one of the few films out there that treats young womanhood with any kind of complexity: our narrator is Mary “Mouse” Bedford (Mischa Barton), an awkward teenager still recovering from losing her mother to cancer, who is sent to an all girl’s boarding school by her father and stepmother. She instantly falls in with roommates Paulie (Piper Perabo) and Tori (Jessica Paré), only to find out that they are in love. When Tori’s younger sister Alison (Emily VanCamp) discovers the two girls in bed, Mouse is torn between the quickly unraveling Paulie, and Tori, who denies their relationship to save herself from humiliation. These characters are given full back-stories, the performances are solid and affecting, and there is a wealth of quality supporting roles, but between Mouse’s constant narration and some hacky dialogue (not to mention an over-reliance on Shakespeare to make a few points land), this one is absolutely worth a watch, but it won’t be in the ribbons anytime soon.

This little stunner is a bit too on the nose at points, but the performances and the story are artlessly affecting (even if the direction gets in the way sometimes). Two best friends from a dusty, poverty-stricken California town, suicidal and reckless Lily (Juno Temple) and the softer and more childlike Alison (Kay Panabaker), meet some boys from L.A. and, despite Alison’s misgivings, skip town to try to find them. Things get out of hand, and Alison heads back home, but Lily gets in over her head and things get downright terrifying. This exploration of childhood friendships in adult scenarios is tough to take, and sometimes veers towards the implausible (without ever really jumping lanes), and when the camera lets the characters interact, there is an unsettling realness to the ways that Temple and Panabaker walk the line between being children and being women. The supporting turns by Leslie Mann, Neal McDonough, and Kyle Gallner aren’t hurting this one’s chances one bit.

Yes, I’m not kidding: that Matthew Lillard. Before I watched this one, I couldn’t have found the appropriate font to express my skepticism, but man if this one isn’t a winner in disguise. The story at its heart isn’t a new one: a junkie dropout named Marcus (Matt O’Leary) befriends overweight and friendless Troy (Jacob Wysocki, in an effortlessly moving performance) and they end up helping each other through their struggles. But rather than having a perfect (and perfectly implausible) happy ending, or having the adult figures who disappoint Troy along the way be one-sided monsters (see the compellingly complex turn by Billy Campbell as Troy’s father), I’ll be damned if this story isn’t nuanced. This could’ve easily ended up in after-school-special levels of melodrama, but it manages to pull into contention with subtlety and heart.