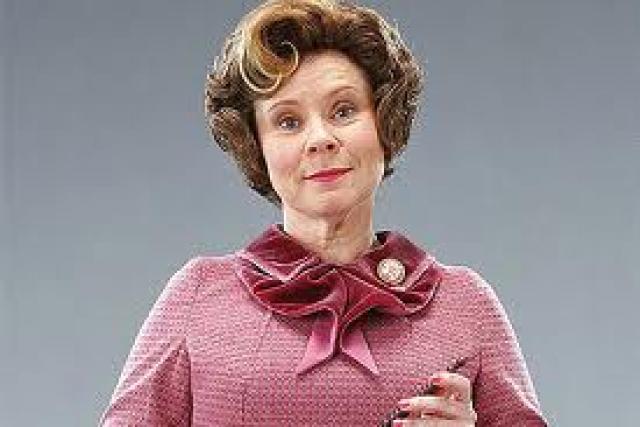 Who doesn't love a great villain? And right now I'm not talking about nuanced, shades of grey, you can maybe kind of see where they're coming from characters. I'm talking about the true bastards. The ones you love to hate. The characters that make you seethe with so much anger that it bubbles over and extends to the actors that portray them. What fictional antagonist that fits that aforementioned bill would you most like to see get their comeuppance at the hands of any other character from a different fictional property? Let the sweet, sweet revenge crossovers begin...

I freely admit this is an obvious answer, but it popped immediately into my head when I read this question and the longer it lingered there, the more it excited me. Bryan Cranston has been rumored to be in consideration for the role of Lex Luthor in the Man of Steel sequel, and while I think that would be a good bit of casting, I’m also not remotely excited for the film. If I’m going to see Cranston match wits with the Dark Knight, I want him to do it as Walter White. I know this continues my ongoing trend of just screaming “BATMAN!!!” every week regardless of the question, there’s actually a world where Walter White is a great Batman foe. Every Batman villain is a dark mirror for the hero, and Walt’s pride and obsessive need to control look a lot like Bruce Wayne’s. Additionally, they are both brilliant minds who hide their greatest (or worse) selves behind mild-mannered alter-egos. And after all the terrible things we’ve seen Walter White do, it would be pretty rewarding to see him get punched by Batman.

The other head-to-head that came immediately to mind also has a weird resonance in the casting world: I’d love to see Sherlock Holmes take down Hannibal Lecter. Thomas Harris’ novels are obviously indebted to Arthur Conan Doyle’s work, but where the latter only once found a villain who could truly match his hero, the former’s lasting legacy is creating an all-time great villain. Steven Moffat has announced the third series of his Sherlock will guest star Lars Mikkelsen, brother of Mads, who is currently playing Lecter on NBC’s criminally underseen masterpiece. So while neither of my tete-a-tete’s is likely to ever actually occur, I might get somewhat close in both instances within the next few years. Which is good, because I really don’t think James Bond is going to fight Darth Vader anytime soon. Unless...

For some reason the first villain I thought of didn’t come from Batman. The second villain I thought of came for Batman. Weird, I know. One villain I wish got her comeuppance is Nurse Ratched from One Flew Over the Cuckoo’s Nest. She stands out because she isn’t a super villain, she’s just a horrible person who can exist in the real world, which makes her all the more terrifying/dislikable. The way she treats her patients without the film is both angering and frustrating -- what a better life it would be for Murphy and his pals if they were treated like human beings!

So how would I punish her? I’d send her to an all-women hospital for the criminally insane that got a troublesome new inmate -- Harley Quinn. While The Joker may be the most obvious answer to go with someone who would provide a miserable existence, Quinn works better since she herself was a psychiatrist at Arkham Asylum. Quinn taking down a symbol of an oppressive authority would be satisfying and would likely be fairly entertaining. Quinn’s unhinged nature, part of what has made her so popular, would play well in a hospital setting (obviously) and having the rigidly strict Ratched clashing with her strict style would be a fun, almost Looney Tunes-esque, battle of wits.

There are really two types of villains for me - the obvious, and the hidden. The first is the antagonist of the comic book, the genre picture, the role-playing game. He is evil, his henchmen are orcs or goblins or dudes with heavily scarred faces, and they twist their mustaches and toss around their wizard staffs made of scarred and blackened oak. These guys are irrepressibly evil, and everybody knows it. They're fun.

The villains I truly hate though, the ones that make me grit my teeth and toss aside books in a rage, are so much worse. These are the villains who only the protagonists know are truly evil, and inevitably, they use their power or pathos to convince everyone that the hero is actually the villain, and any sense of goodness and hope in the world goes out the window.

For me, the perfect representative of this depravity is Dolores Umbridge, bane of middle-schoolers and destroyer of worlds. Never has a character shaken my nerves more since reading those books, her perfectly benign (even friendly!) exterior never giving away her secrets, except to our know-it-all protagonists. So how to counter someone whose best talent is hiding their true intentions? Someone who can see past the surface and fuck with the insides. The Mule, of Foundation fame, is maybe fiction’s most subtle operator, a man who alters the trajectory of the universe by implanting small changes in the minds of his conquered enemies. What better way to upend a good manipulator than by replacing them with a great one, and a more ambitious one at that. And it’s still probably a nicer fate than getting carried away by centaurs.

Note: Unfortunately, our brilliance is sometimes a finite resource. Send us your ideas for future installments of Random Pop Culture Question of the Week on twitter @reviewtobenamed (follow us reviewtobenamed@gmail.com.