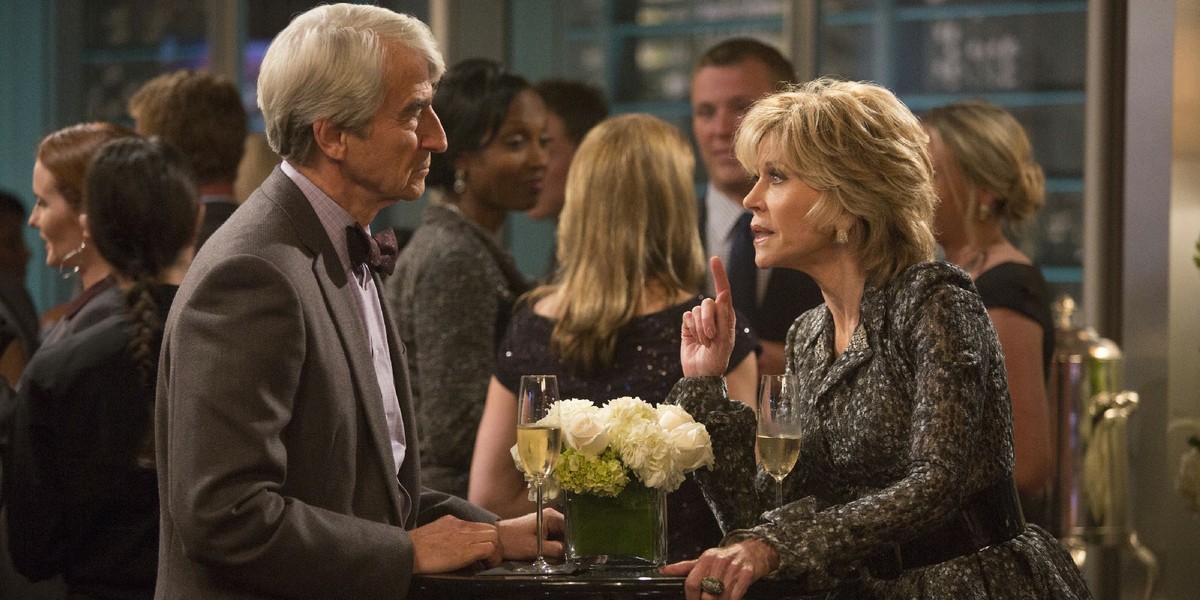 I hate when things end neatly and all the leads pair up. It seems contrived and born out of the need on the viewers’ part for things to be left nice between seasons for their own peace of mind. It also makes the first episode of the next season awkward when a bunch of conflicts are introduced in the season premiere, as if so many problems would possible arise in one day. All that being said, I couldn’t help but feel warm and fuzzy at the end of tonight’s episode.

The Will and Mackenzie tension has been a driving force behind a lot of the plot of The Newsroom so far, but it had run its course, and it was a good time for it all to be resolved. I was impressed by how organic it was: I expected an impassioned speech from Mac (or even from Will), repeating what they’d been saying to each other all along, but somehow moving the other character this time. Instead, it took Charlie telling Will why he decided that they do a good thing, and they need to stop getting in their own way and just deliver the news as best and honorably as they can, tying two major plot arcs together nicely. In a way, it even ties into Will’s inner struggle between being a popular newscaster and being a good newscaster, though I have a feeling that there’s too much mileage left in that conflict for Sorkin to give up on it so easily.

Anyone who reads my reviews knows I love Don and Sloan, so of course I all but welled up when Sloan sees all the film noir posters in his office. Theirs is a plotline introduced late last season, and unlike so many story threads in this show, it got exactly the time it needed, neither dismissed nor dragged out. It seemed strange that he got over Maggie so quickly, but aside from the dicey start, it was a well-executed romance, and I’m looking forward to see where else they take it.

I’m having a hard time gauging where Maggie’s storyline stands. It seems like she got out some of what’s been bothering her, but how much it helps remains to be seen. Personally, though, I’m getting pretty tired of her mopey shtick. Also, what was with the flashbacks to the pilot? Are she and Jim going to be a thing again? Was it just so they could do that last shot of Maggie checking the news alerts? The Newsroom hasn’t been going on long enough to get nostalgic with flashbacks. It felt cheap and unearned.

There were a lot of things wrong with this season, which was a shame to see after a relatively strong first season. Some Sundays I felt more burdened than excited sitting down to watch at 10 o’clock, hoping for a quick 49-minute episode. This episode didn’t make up for it, but it helped. I haven’t completely given up hope for The Newsroom.

- It’s a bit late now, but I’ve been wondering about Maggie’s drinking problem. It was sort of glossed over after Jim initially mentions it. She said she goes out drinking because she’s afraid to sleep alone. Does that mean she just goes out and drinks to forget Uganda, or is she tramping around the city with a different bartender every night? I wouldn’t care enough to comment on it, except for the fact that it was introduced, and they began to develop it, before abandoning it entirely. Maybe they’re saving it for next season, but it feels sloppy.

- Lisa is pretty tedious, but every time I think we’re done with her, she forces her way back into relevance. Hopefully next season Maggie gets a promotion and can afford to live alone.