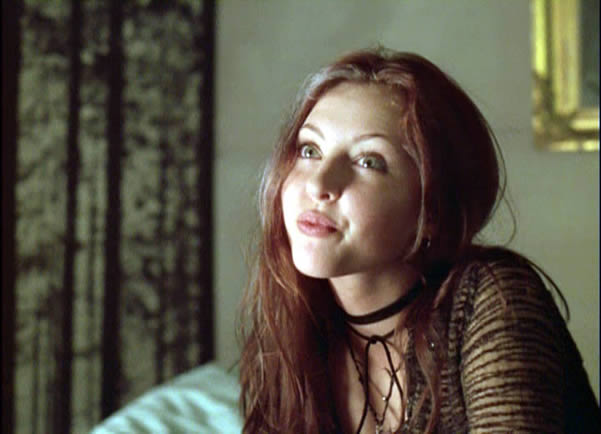 If you are into filmic spooks, scares, or even just the creeps, then the bi-weekly Graveyard Shift will point you in the right direction (hint: it is NEVER in the basement).

Of all of the tiny little subgenres that horror can be divided down into, “werewolf” films have never really been my favorites. Part of this is because no matter how great the special effects or makeup are, there is something inherently campy about having a person transform into a wolf. It just never really seems to work (at least in my opinion), and this can take the viewer right out of even the most compellingly written story. I think that body horror in general can work really well—even with the worst effects—because it more frequently draws on something that we haven’t really thought of or imagined before (I’m thinking of the earlier works of Cronenberg here, which I hope to touch on soon). But a wolf, on the other hand, well, we all have ideas of what that should look like, and short of actually replacing the actor with a wolf (which the Twilight saga has shown us can also be pretty silly. I haven’t seen them. I’m just guessing) the transformations don’t really work. The werewolf films that have avoided this pitfall only seem to do so by embracing the technical shortcomings—and by also emphasizing the physical pain of the process. If a werewolf film takes itself too seriously (see Joe Johnston’s 2010 remake of The Wolfman), then the transformation and subsequent lupine cavorting won’t hold up, but if a film can inject all of the proceedings with a sense of fun, as is the case with Ginger Snaps, then not only can the werewolf fit into the world that has been created, but it can also tell a delightful (and gory) tale about losing control over your body and your impulses.

And boy does Ginger Snaps embrace this challenge. The story follows the Fitzgerald sisters, Brigitte and Ginger (Emily Perkins and Katharine Isabelle), two death-obsessed teens trying to navigate the cookie-cutter suburban nightmare of their small Canadian hometown—which is being plagued by a rash of gruesome dog murders. Rather than participate in “normal” teen activities, the girls create grisly montages and photograph them (think Cindy Sherman with exposed intestines) and remind each other of their suicide pact every time their chipper Stepford mother (the fantastic Mimi Rogers) goads them into focusing on boys. While out one night to play a prank on one of the more heinous of the sisters’ classmates, Ginger gets her first period. Oh, sorry, I should’ve warned you all. WOMAN TROUBLES ABOUND. Just as she is reeling from the cramps, she is dragged off into the woods by a giant wolf and is only released when the beast is hit by the van of local drug dealer Sam (Kris Lemche). She awakens the next day to find her wounds have healed, though they are now covered in coarse hair, and that her period is out of control. A visit to the school nurse with Brigitte reveals that there is nothing abnormal afoot: all of her “symptoms” are just a regular part of becoming a woman. Thankfully, Brigitte isn’t buying it, and she begins to take careful note of the ways that her sister is changing—both physically and emotionally. As Ginger becomes more aggressive, especially with regards to one of the boys at school, Brigitte and Sam work together to find the antidote that might save Ginger from turning into a full-blown wolf by the next full moon.

While at times the acting is as low-budget as it could possibly be, this movie not only brings in a few genuine scares of the jump-out-of-your seat variety mixed with a liberal amount of beautiful and campy gore, it also has a pretty interesting and original story. It is also pretty easy to get excited about a film that has two female stars pulling the bulk of the weight in a story about the (sometimes) monstrousness of becoming and being a woman; the changes that Ginger encounters cheekily link womanhood with lycanthrope-hood, and it isn’t too difficult to see the connection when you think about the fact that both work on a 28-day lunar cycle. Though I have argued in academic spaces about the deeper messages of what this film is suggesting about women in general and female sexuality in particular, I also really love this movie.

And because this film is trying to have a bit of fun with the werewolf genre, the cheese of some of the makeup and special effects actually kind of works, rather than distracting from the great story at its heart. Ginger’s transformation takes place slowly, adding small changes over the span of a month, and even though the lycanthrope corpse in the earlier part of the film looks ridiculous, later appearances take advantage of dark spaces to bring it to its creepiest effect.

This film is creative, energetic, snarkily funny and at times disgustingly gory the most wonderful of ways. It has garnered a well-earned cult following that has more than made up for the problems it encountered during release (the film was in production during both the Columbine and W. R. Myers high school shootings and the film’s themes were criticized for coming to close on the heels of these tragedies) and that support the overall critical reception, and the film won the Special Jury Citation at the Toronto Film Festival as well. It has also been followed up with a sequel (Ginger Snaps Back) and a prequel (Ginger Snaps Unleashed), but a lot of the joy from the original has been sapped out, causing both to fall into the “take themselves too seriously” camp. I almost can’t recommend this creative take on the werewolf story enough.